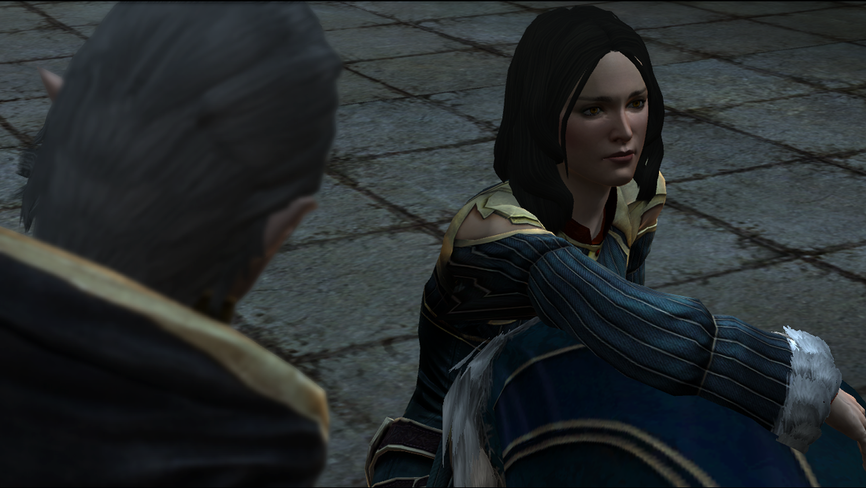 Dominant Function: Introverted Sensing
- Bethany retains details from what she has experienced and reflects on them when new circumstances arise. To a further extent she even questions Hawke's companions about their pasts and experiences. (Asking Aveline if her and Wesley had children or asking Varric about Orzammar) Opposite of Carver, Bethany shows more approval to Leandra trying to bring back a life she left: "I was just hoping it would be different here in Kirkwall. We're not running away. We're coming home."A main point of Bethany being her desire at least early on to be "normal" and not have her gift of magic. Constantly wondering what her life would be if Leandra hadn't run of with the mage, Malcolm Hawke and remained a noble, as an Amell. That being said later in the game, if she joins the circle, she adjusts to being in the circle, fully supporting the circle, glad that she doesn't have to run anymore.

Auxiliary Function: Extroverted Feeling
-While Bethany cares about her family, she feels deeply guilty about the sacrifices and expenses her family make to keep her safe. She appreciates the effort, but knows that the constant running, hiding, and fear for what may lies ahead have taken their toll. Bethany is seen as a generally kind person, approving more charitable acts made from Hawke while calling them out on the ones that were more cruel. This also comes of in a side note in her past, when she first learned she had the gift of magic, she made a dog that was chasing a friend of hers and herself fall asleep by accident. The friend said nothing since they claimed that Bethany was:  "she was too nice to be magic." Back on the subject of family, she is the only one who in more "detail" tries to take care of Leandra when Carver dies, trying to get her to get out the house, look for work, reconnect with the de Lancets, anything since his death is taking a severe toll on her: "I'm worried about mother. All she does is sit in that rathole and think about Carver. It's eating her up." 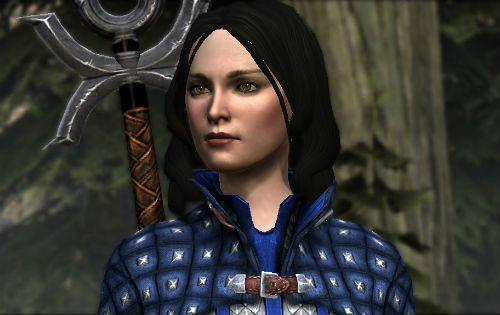 Tertiary Function: Introverted Thinking
- This function isn't all that noticeable since the most we see is aside from questions to the companions about what they have done or what they would do in what if scenarios, is side notes regarding her constant studying on religious topics (as a youth) or furthering her understanding of magic. (when in the Circle) Another point of notice is during the first act that she was trying to get information about the Circle through Aveline: "Let them corral the troublemakers. I just want information." At most this function just operates along with Si for information storing.

Inferior Function: Extroverted Intuition
- Bethany looks for other means to approach a situation on occasion examples being with Anders in regards to the Mages: "I know, but... there are good people in the Circle, the Chantry. There has to be a way to reason with them."
Powered by