I explored the history behind the different school systems used in both the United States and the People's Republic of China, and discovered that theres a lot more in common between the two countries' modes of education than previously thought. I created an infographic highlighting some striking similarities and differences, which you can view at the website below.
Infographic

Being biracial doesn’t simply manifest itself in the way you look or in your DNA, but it shapes a lot of your experiences in life. For example, I’m Chinese-American, both racially and ethnically, two very different cultures for various reasons. As a result, I have often felt as though I were out of place: too white for my asian family, too asian for my white family and friends. However, I’m not the only one in my family who feels that strain. There have a been a few times where my parents themselves were up in arms because their cultures clashed.
-
There is a certain burning sensation that I feel when I know I’m about to cry. It spreads over my cheeks and wells up in my sinuses, stinging my eyes and burning my throat. For a moment before the floodgates open I feel almost thirsty, but at the same like I’m about to yawn. Once I got out of infancy I had rarely cried up to this point, but there was a trend I knew would hold true.
“Why are you crying?” My mom was more than just annoyed now, she was furious. I can tell by the way she bares her teeth and her face almost seems darker in a way. It’s hard to tell but, I’m pretty sure her Chinese accent gets much thicker; Her words sound so much sharper but so much less annunciated than they usually are.
“Cut her some slack, Ying, she’s just a kid. She’ll get it eventually.” I can’t see my dad chime in in my defense as I was already covering my face, in shame and in frustration.
-
I remember hearing a lot about both of my parents’ school experiences. My mom was born and raised in Tianjin, China, a port city not too far from Beijing. Her family was quite poor, the only real upside to their situation being that they had steady government jobs, both as teachers. My grandmother, or Popo, was a history teacher and my grandfather, or Yiyi, was a gym teacher and sports coach. That being said, the only way my mother was going to be able to get into a good school or even have the opportunity to go to college was to be top of her class in elementary and middle school. Which she was.
-
I’ve been considered a smart kid for a long time, but even smart kids have their roadblocks, and for me it was especially true when it came to math. Numbers and equations were always relatively easy for me to grasp, but these very basic algebra concepts were a little more advanced for a fourth grader. Naturally, I went to my mother for help. She was good at math, she could help me, right?
My mom sat me down at the kitchen table; a beat up, grease-stained, scratched-to-hell oak table with chairs to match. When I went to pull out one of these chairs, it creaked as it was dragged across the hardwood floor, which was shredded to bits itself, no longer a bright golden brown color but the dull gray color that lay below the surface of the stained wood.

She tried to start explaining to me how to do these types of problems, but her imperfect English was a big factor in the dilema I had with understanding her guidance.
-
My dad grew up in Waldorf, a town in southern Maryland just outside of Washington D.C. The town itself says a lot about how he was raised. Waldorf is located in Charles County, easily the most redneck part of Maryland there is. I’m pretty positive it’s the only place where you can get your liquor by drive-through, and also without getting carded. These drive-through liquor stores still exist to this day, but the last time we checked they were more proactive with checking ID’s.

My dad had a natural inclination for learning, making most of his educational career fairly easy for him. That being said, however, my Dad never effectively used his talents. My dad tested well, but he would slack off during school, barely doing any homework. When he did do homework it was a group effort between him and his friends, giving each other answers to save time. He often times even played cards with his friends in the back of his classroom while the teacher lectured; An exemplary B student.
-
The way my mom was also trying to teach me wasn’t really working out for me. First, she would finish the problem herself, simply show me what she had done, make up a problem similar to the one I had asked for help on, and then tell me to do it. To be truthful, this way of teaching has always made it a lot more complicated for me to learn, because instead of being taught what to do and why, I had to look through the problem my mom had finished for me and then make those connections on my own.
Three problems later, I still wasn’t really making any progress on how to solve this problem. Both my mother and I were getting frustrated. I took a moment to look out the sliding glass door to our deck, taking note of the fact it was dark outside, but that simple fact wasn’t what was making me as antsy as I was.
-
When my mother graduated as one of the top ten in her class in high school, she was able to get into Tianjin University, the university of her home town. Since schools are specialized in China and she was best at math and science, she was placed on the track to become a mechanical engineer. Despite becoming an engineer, when she graduated from the university she became an entrepreneur, helping companies with their importing and exporting of goods.

I had have to admit my mom was pretty cool. It wasn’t until I was in sixth or seventh grade that I learned that my mother used to not only ride a motorcycle, but smoke cigarettes. This kind of behavior is seen as very masculine in China (and most parts of the world), where societal norms dictate that women should be submissive and mild-mannered which men are the more dominant and bold. As a result, many -- both men and women -- were intimidated by her, but the real cherry on top was the fact she was able to own a pager. That kind of brand-spanking new technology was extremely foreign to many of China’s citizens, and with the kind of money my mom was making with her business she was able to afford one.
-
The real reason I was getting fed-up was because I wanted to be fed-up, just in a more literal sense. The aroma of fresh-baked brownies wafted over from the kitchen counter opposite to the table, filling my nose with the glorious, mouth-watering scent of oogey-gooey chocolate and toasted walnuts.

My dad had just popped the glass pan of brownie batter into the oven when my mom and I first sat down to work on this problem, and now they were done. I was forced to suffer through the indignity of watching my little sister come and go with a steaming-hot brownie and a cool glass of milk. I felt envy sink deep in my little heart. Oh, how easy it was to be a first grader. No homework, no complicated math, nap time, and a brownie? It was just so unfair.
-
My dad wasn’t able to go to college right after high school. His parents had divorced when he was in middle school, and with his mother’s financial problems and the long hours she would work in the hospital, even having him continue to live in the house with her and his two younger sisters was too much. As soon as he graduated high school, he moved into a friends house, using his job at the local mall to buy food and clothes as necessary.

Soon, living with his friend wasn’t going to cut it. My dad was forced to move down to Virginia and stay with his aunt, her husband and their children. He lived in the basement and got a job at a Jiffy-Lube, where he worked for a little over a year. It was while he was working at that Jiffy Lube that he met my mother, who had very recently moved to the United States in pursuit of a better life.
-
I was choking back my tears the best I could but the tears kept spilling from my eyes like water spills from a clogged sink. “I-I don’t want to do this anymore…” I whimpered. Honestly, the worst part about this entire situation was the fact I brought this upon myself. I should’ve just asked my teacher, maybe I should have paid more attention in class, or I could have avoided the issue entirely and just not asked anyone for help. Then I could have had my brownie, no hassle, no wait.

The last thing I remember from that night was my mom made a “Tsh” sound, the same sound she makes whenever she’s annoyed or judgemental, which I would assume she was both. I do know one thing for sure: I got that brownie. 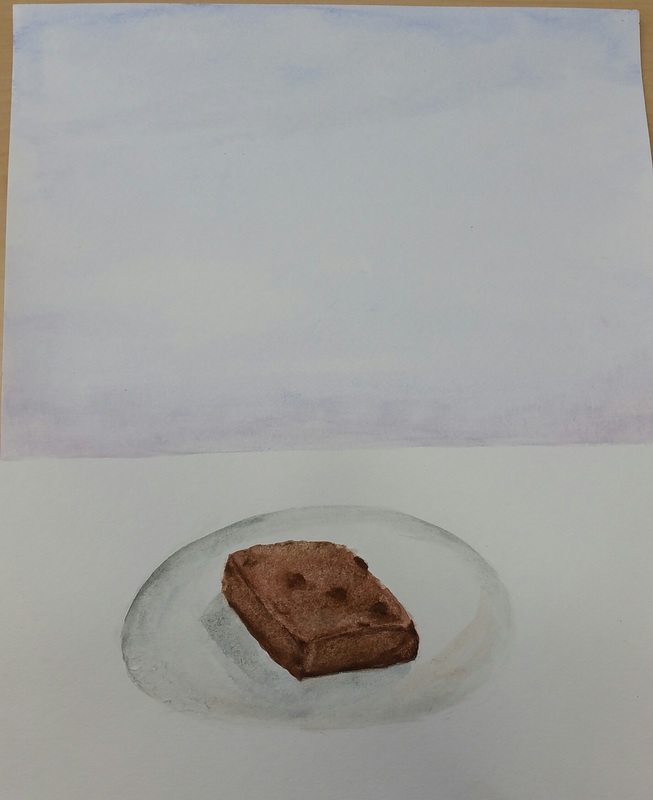