The flag that bleeds

This project is about how the American flag covers chaos and tries to make it into something beautiful and patriotic. In my project I will be analyzing American wars and battles where the American flag was the center of attention. I took a look at how we refuse to focus on the actual problem and just tuck it away in a blanket of red, white, and blue.
For my english portion I did a spoken word poem. My poem was about how we are easily blinded by this flag and its stars. I named it Galileos disciples for that exact reason.

They will make you feel like you are crazy
Like you're the only one who sees past the stripes of a forsaken new constellation
But that is only because you hear the background noise
The static that every station in America has tuned out
You see the burning cities and start to choke on the smoke that everyone else has swallowed down
You are the true pioneer
Refusing to be blinded by the stars
But the blinded are not to blame those stars are beautiful
​Perfectly aligned in rows of fours and fives
It is only natural to think they will guide us home
Hauntingly they all look the same
But we do not look the same
You see we are not the stars in that picture
We are the blue that they were stitched into and we've got the scars to prove it
But no one sees the scars that have bled to form the red
They see those stars those stars that shine
That white that blinds
That white that binds
Like ropes on the wrists of those who dared not to look the same
Not to speak the same
Not to hear that same tune that everyone covers their hearts to
As if we knew to mimic the way that flag covers chaos
There is chaos beating inside
There is chaos bleeding, and we tried to turn it into something beautiful
But do you ever wonder who we are promising to
Who the people 4 score and 7 years from now will be promising to
When will we stop the song
Sit down in this game of musical chairs and realize we have it wrong
There is nothing to promise to but there are so many things to do
If we just for a moment
Look past the flag
The purity the blood and the blueprint for a new constellation
Hear that background noise
Translate that static
And speak of a land that's flow of milk and honey has run dry
A land that isn't always sweet that isn't always beautiful that isn't always free
America America God shed his grace on thee
And crown thy good with brotherhood
From sea to shining sea 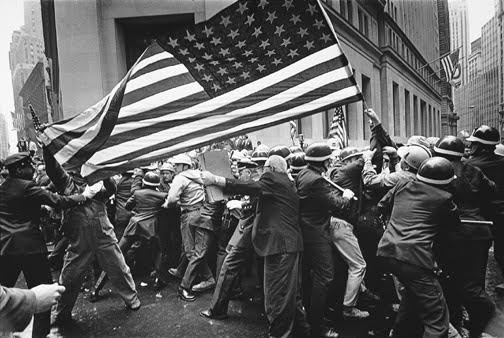 This photo is a Pro-Vietnam protest it was taken in 1970. This was the year of Kent State incident. Four students at the university were killed when the national guard opened fire on a Anti-Vietnam protest. This was also the year after the My Lai Massacre when U.S. and South Vietnam troops had stormed into the My Lai village killing 400 children, women, and elderly men. It was also the year after the Tet Offensive when North Vietnam had fired on a Vietnam holiday killing many civilians as a message saying the war was not going to end soon or with ease. After researching and discovering all these events it was hard for me to believe that there were still such strong supporters of the war out there. So I researched Pro-Vietnam protests and this is what I found: 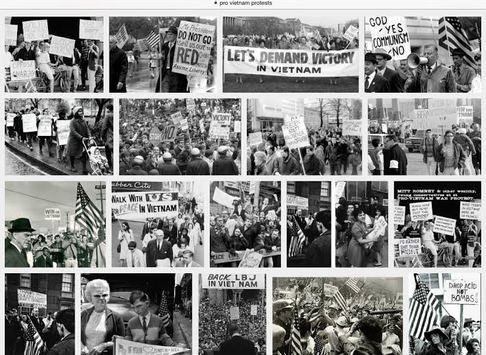 Almost every photo had an American flag in it. We used this flag as a reason to fight and we used it as a reason to have so much suffering and pain. We used it to keep going in something we shouldn't have.
Next I looked at the iconic photo from the battle of Iwo Jima. 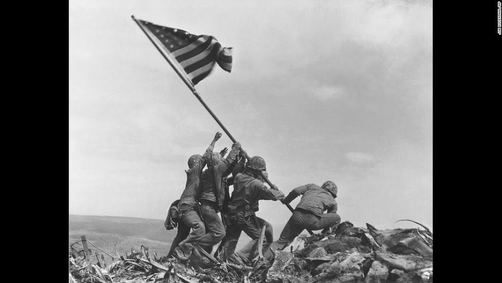 This battle was nothing short of an amazing American folklore. These U.S. soldiers endured through the Japanese's lethal underground tunnels and their relentless firing. The island of Iwo Jima was one of the most important U.S. advances in World War II. These men stopped at nothing and this photo screamed the victory they earned. But the story this photo doesn't tell is 6,000 men were lost in this battle and 17,000 were wounded. The flag being raised once again covers the death and strifes and turns it into something beautiful.
9/11. Every U.S. citizen knows the story. The event that shook the whole country. The day of this horrible event the ground zero flag was hoisted up. 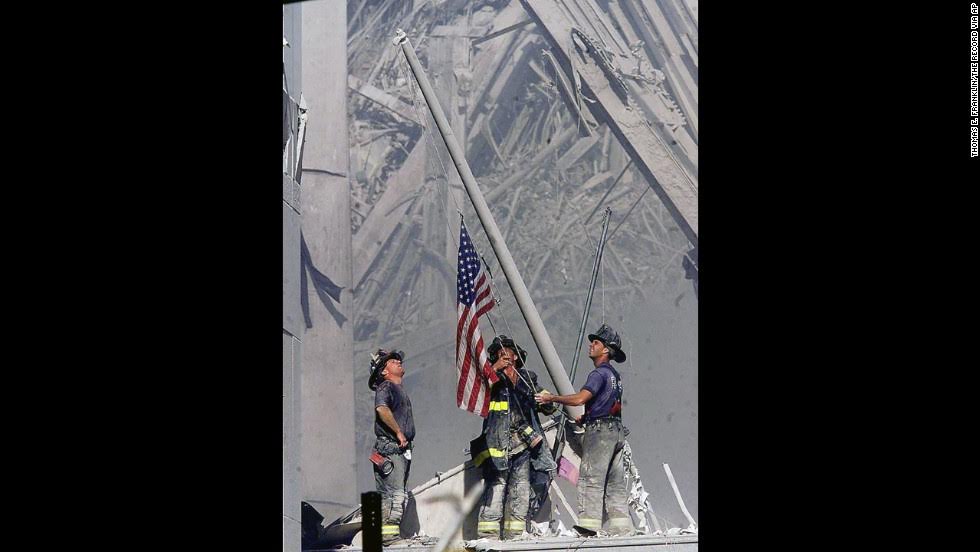 This action was meant to symbolize unity, that though this happened we were still together as Americans. This image was on t-shirts and pins and sweatshirts. Once again pain was made pretty enough to sell.

In my art piece I wanted to capture the way this flag covers chaos and I didn't know how to capture that until I realized, the chaos lies on the inside. Theres chaos in the world because its in our hearts. 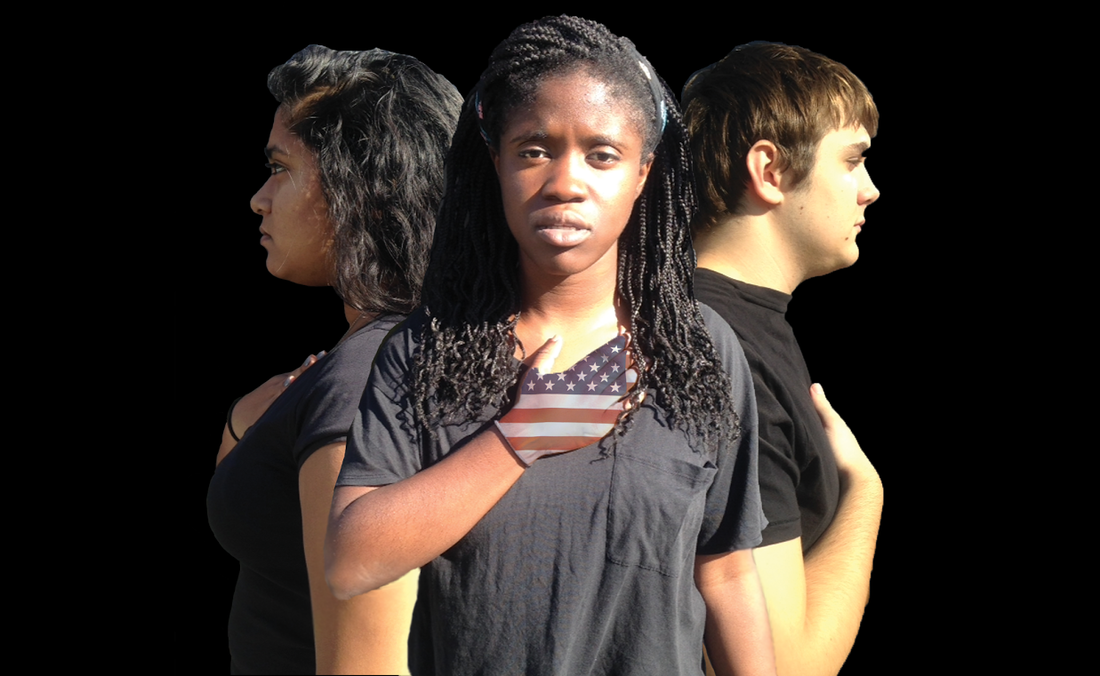