Why I decided to explore the topic of Assisted Reproductive Technology

Although my past two projects haven't involved science, it is certainly a topic that I am extremely passionate about. Going into college, I am looking into majoring in it, actually. While I have taken almost every science course offered to me at my school, I have never been able to explore this topic in depth. Anyone who knows me would say that I'm extremely curious; for anyone who is wondering, yes... I was that kid who asked my parents "why?" after everything that they said. I am not sure how they managed to put up with it, honestly. Anyways, as I got older I began to question where my brother and I came from. I had always thought that I was naturally conceived like the majority of my classmates. It wasn't until middle school that I learned how I truly came to be...
It was health class in eighth grade. We were in the reproductive unit and the topic for that day was blastocyst implantation. We discussed how normally one egg was released by an ovary and, if fertilization occurred, it would be able to attach to the uterine lining. The teacher, then, began explaining how twins and triplets could be naturally conceived, even though it was far less common than a single pregnancy. Because the teacher knew that I was a twin, she asked me if I was naturally conceived or conceived via in vitro fertilization. I had never pondered being a product of anything but a natural conception. This sparked a curioisity within me that I simply could not leave be.
When I got home, I immediately asked my mom about it. She was taken aback at first and I could tell that she was uncomfrtable. My mind began to wonder and I automatically thought of the book, Lost, and feared that my mom was going to reveal that I was adopted. To my relief, I was not adopted; however, I did learn that I was a product of IVF. How could I have gone so long without knowing this key information? I mean, this was the moment that I became me! I briefly looked into the topic, but I never pursued my curiosity as there was always another assignment to be doing or another test to be studying for.
Somehow, four years later, I pick the topic back up again. With the freedom to explore these pressing curiosities that I had, I jumped on the idea of incorporating IVF into my third Apollo project. Within those three weeks that I was provided, I managed to create a sculpture (which held seven test tubes full of symbolic items) and a painting, construct a mind map, complete a guided reading, make two black out poems, read Brave New World​, conduct an interview, and research the topic of bioethics. Quite honestly, this has been one of the most thoughtful projects that I've ever made and I think a lot of that has to do with the freedom that I was given.

The Art Behind A.R.T.

Test Tube Pyramid
(Check out the captions for more details on the images!) 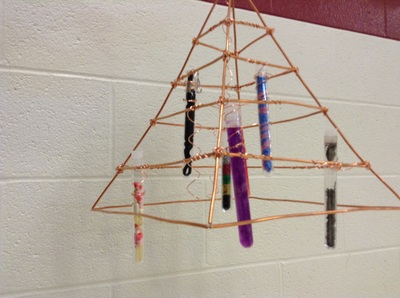 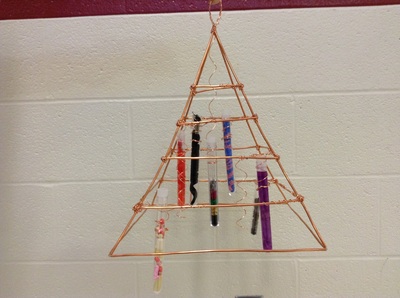 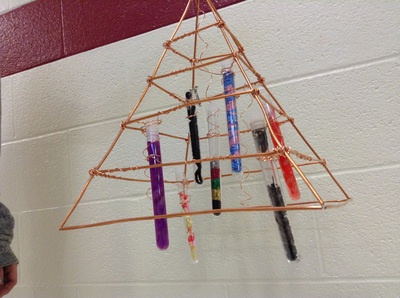 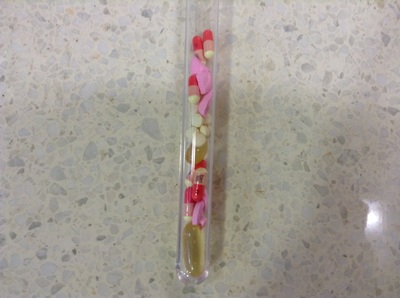 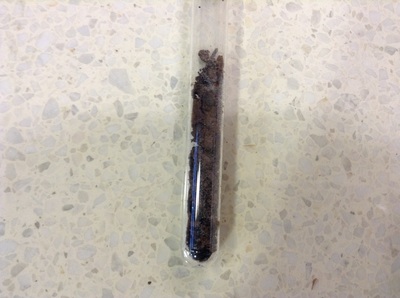 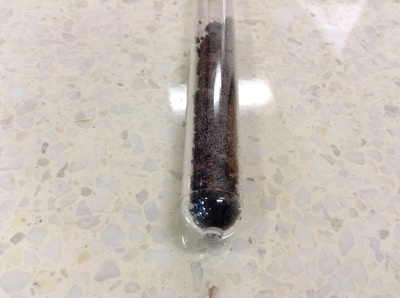 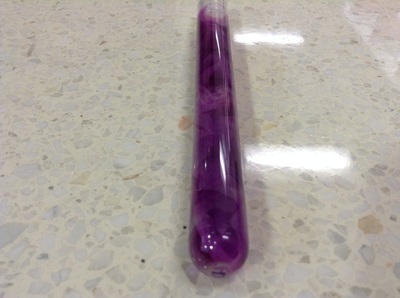 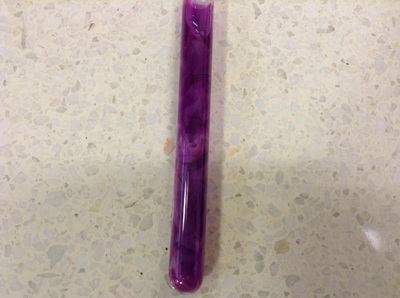 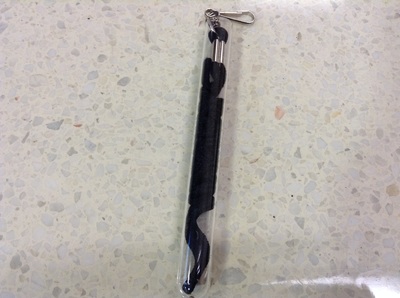 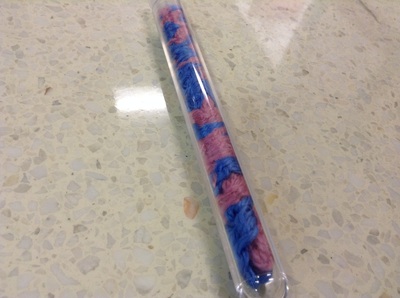 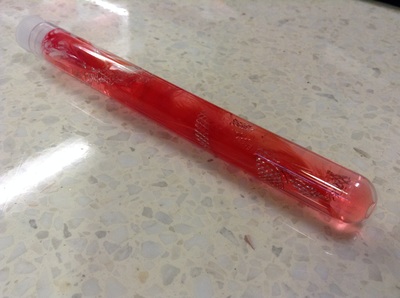 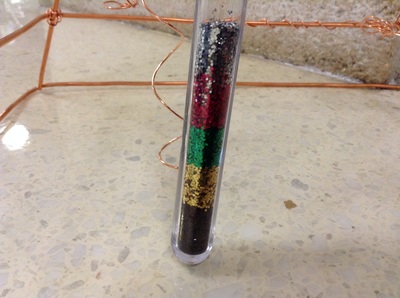 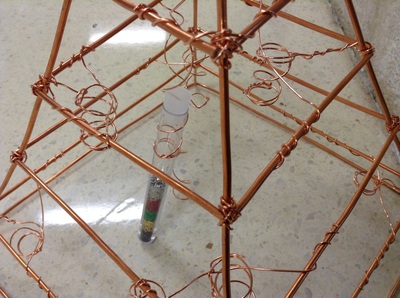 Looking at this piece as an outsider, I would be confused, too. How is a copper pyramid with test tubes relevant to the topic of Assisted Reproductive Technology? Why test tubes? Why copper?
​        Initially, this was not the route that I was planning on going down; when I had chosen my topic of ART and IVF, I wanted to make a sculpture of a baby out of test tubes. When I looked into the logistics of it all, though, I realized that my lack of experience with sculpting would really limit me for this project. After speaking with Mr. Grandi and exploring alternative art forms, I decided that I wanted to create a sculpture to hold test tubes filled with baby items. My next obstacle was to find a material that I could create the sculpture out of-- it had to be strong enough to hold the test tubes in place, but also easy to work with to work with my vision.
I got the idea of making a pyramid to hold my test tubes to mimic the social caste system outlined in Brave New World, a book I read for my English portion. There are five levels to the pyramid just as there are five castes in Brave New World. ​The test tubes attached to the geometric copper pyramid all represent different aspects of my own experience with ART and the new things that I learned about ART.
Painting with Test Tubes
Instead of painting with paintbrushes, this piece was painted with only test tubes. I tried various techniques which included rolling the side of the tube in paint, dipping the butt in paint, and also using the rim as my brush. It was not an easy task, but it was a memorable experience, nonetheless. ​
I went with a more abstract approach to my painting. Initially, I just wanted to experiment with using test tubes to paint-I took a break from my sculpture to start this piece. Before I knew it, I had covered the entire canvas with paint. What I really liked about this painting was the simplicity and ambiguity of the piece. When I look at the painting, I see swirls that resemble sperm and eggs coming together.
I asked other people what they saw in it, too, to see their vision of the piece. Someone described it as a soup of body parts. They saw an eye, an ear, a nose, hands, and a mouth. Someone else saw a landscape: she saw a sun setting over the ocean with an eruption of waves. I loved being able to hear other interpretations of my work.

To pull together all of the information I got through my research on ART and bioethics, I created a mind map. Within this mind map, I outlined the various procedures that fall under ART and the controversy that surrounds them. I was also able to interview a CRNP at a local fertility clinic about her experience with ART and bioethics.
Powered by