I chose a project about my hometown, I wanted to research what it would have been like if I stayed in Baltimore rather than moving to Pennsylvania.
For history I researched all aspects of life there from education, economy, social issues, racial tensions, unemployment, gentrification and more by watching videos of people's experiences, reading Beastside by D. Watkinz, reading articles from websites, and recounting my own memories. I learned about how by eight grade only 8% of boys in Baltimore are reading on their grade level. I interviewed family members and friends who have lived in Baltimore with ages rangeing from fourteen to fifty six and their messages were fairly similiar. Baltimore isn't the best place to grow up, unless you grew up before the crack epidemic. And even though it's given a bad rep why is it that all of them either don't want to leave or they want to go back. What is it that makes people stay in Baltimore? Why do I want to go back to Baltimore? These two questions ended up being my drive throughout my project. I wanted to know the answer. 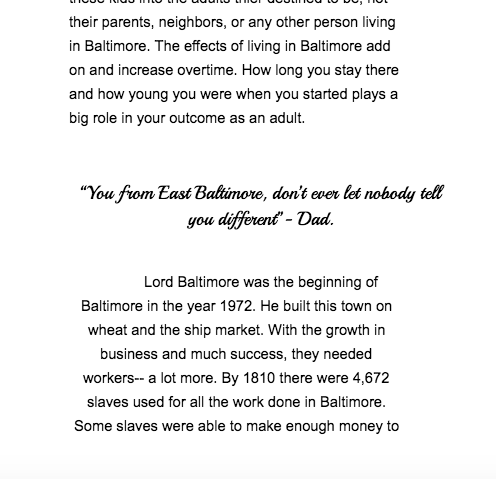 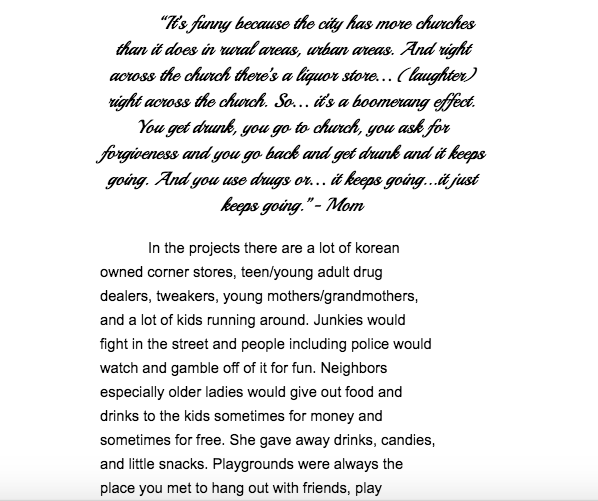 For English I took interest in slam poetry. I wanted to bring to light some of the slam poems I heard and annotate them rather then to create my own. I found an array of slam poems either created about Baltimore or were told by Baltimore students. Hearing their personal viewpoint and events in their life showed the envirenment they lived and grew up in. I found a lot of the text relatable and some hard to digest as common truth.  (Below are links to some of the slam poems performed.)
Art was the last portion of the project I did. While researching I would read the google searches that would pop up when I was typing something to research it was sad to see that this is how Baltimore is perceived but I found it important to somehow put into my artwork.
I also gathered everything I learned and knew, combining them into a collage of multiple drawings I put together using pen, pencil, and a white color pencil. I felt the monocolor theme matched the mood of my hometown. 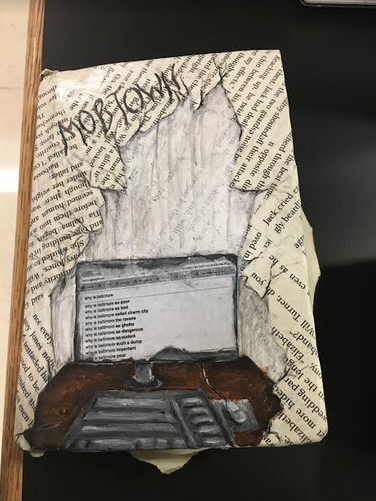 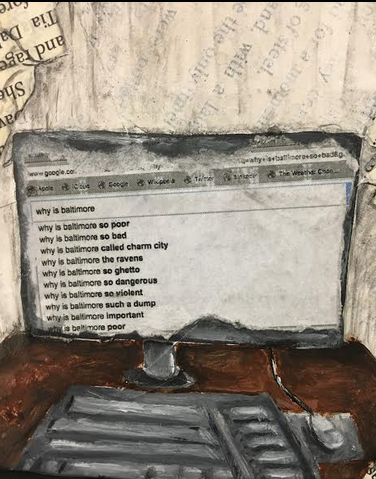 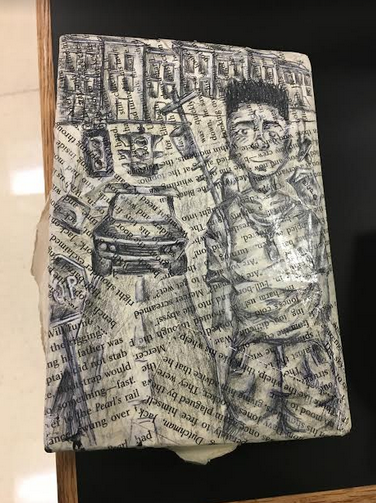 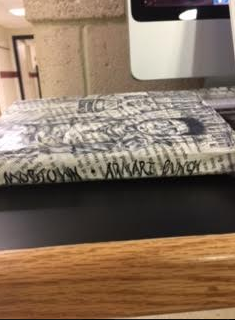